Hello friends!  This week I posted some sisterly advice to the ladies of The Bachelor 2014 for my friends at Beamly.  Check it out!!

Amidst the deepest darkest aloneness of being newly single, there is always a tiny. splintery, glittery spark of hope that you might emerge from this status and become someone’s new girlfriend.

We want this, right?

We know that yearning to start afresh with all mistakes and regrets cast aside constitues a reinvention akin to Drew Barrymore’s transformation from troubled wild-child to serene baby mama.

Well, rejoice and clap like a deep south gospel singer because no matter how remote you think the possibility may be, it CAN happen.

Yet like anything that is new and great in the realm of dating encounters, sneaking out of the FB single status has its perils. And here, joyfully, I lapse into something that I am drawn to as fervently as a single chick to vodka….using D-list celebrities to illustrate
how not to do things

(I must apologise at this point to my blog readers outside Australia who don’t have a clue who I am talking about. But look at the pics and you will get it…)

Let me introduce the ‘new girlfriend of the moment’ 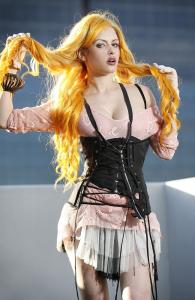 Unremarkable if she was the girlfriend of a

More remarkable as she is the new girlfriend of australia’s most oddball bachelor.

And that she supecedes his last model 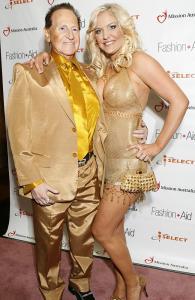 ..by seven years, thereby establishing an age difference between the two new lovers of a mere 47 years.

Here are the lessons we can all learn from the GG

One – Take a moment to QA your social media history

We can all learn from this. For us:

• Understand you are not Lady Gaga 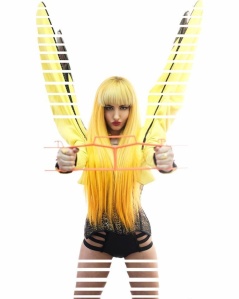 Get the name right

One of the perils of the modern digital age is that you may not actually speak verbally for a period. You may read screen names, attributes, positive qualities and backstory to the point where you feel you may be indulging in a book review rather than lining up a squeeze on Tinder.

Given Gabi likely snagged AussieGeoff$$$Guy101 on Sugar Daddies ‘R Us.com there was no handy prompt to remind her that her new prospect was actually pronounced ‘Jeff’ and she unnecessarily endured a short period where she unwittingly pronounced his name Gee-off.

(she actually fessed up to this little snafu)

The first time you emerge in public is a pivotal moment.

I don’t mean the period where you skulked around Starbucks trying to be anonymous, where you kept it all on the down-low, where you kept your new love protectively hidden from the public eye…or away from your parents while you tried to figure out how to explain that a) you met online and b) the other party is not a serial killer/Nigerian scammer.

It’s the first outing IN PUBLIC

If there was a 40schick guide to first public outings, my tip would be that it not involve

a) a funeral. (let alone a funeral of a much loved football legend) AND
b) you wearing an outfit that involved unrestrained cleavage overflow

Be dignified in the treatment of the ex

I’ve already blogged on the topic of exes. It warranted
a good 700 odd words in its own right

But here, I reinforce that you don’t go all big-time slander on the ex.

“I want to make it clear I’m not trying to be her lookalike. I’ve had so many articles say I’m a Brynne lookalike. It’s so repetitive,” she says.
“Brynne’s style was trashy, mine is art. That’s the difference.”

I’m sure that if I had the interwebs-ability to construct an online poll, complete with flickery bits that indicated who was in front, that the audience would be completely unable to distinguish GGs style between trashy and art (something tells me that her throwback to the Madonna lace gloves might lean to trashy)

Beyond this she hashtagged a pic of her kissing her new aged-squeeze to her ex’s mother (if there was ever a rule that need stating out loud, it is that you would not do this)

Messy all round peeps.

But let it just serve to give you hope…that if you are poised with mesh-gloved fingertip above the keystroke that broadcasts to FB that you are ‘in a relationship’ that there is a bunch of missteps that you can bypass with all the finesse of a delicate tip-toe cha-cha.

Beware the tale of how Gabi Grecko got her Gee-off.