The Aussie trash mags were agog this week with the unqualified rumour / dead-set certainty that Miranda Kerr and James Packer were an item, nay, truly in love.

Miranda – Aussie model made good by being blessed with the revered Victoria’s Secret Angel wings who shortly cemented her celeb-status by marrying and bearing an heir to Orlando Bloom, only to have her marriage undergo dignified disintegration two years later.

James – spawn of famous yet aesthetically challenged Packer media-mogul family, he of a procession of brunette wives, an OTT superyacht and the taint of scientology via his friendship with Tom Cruise.

Associated hashtags trended up in the down-under realm of the twittersphere. Given the unnerving timing of Miranda’s split from Orlando and James’s de-merger from his third wife Erica Packer AND the fact they all already knew each other, there was an element of alleged chronological impropriety. Hose that down all you like and you are still left with

As anyone who has tried to get back on the horse, so to speak, after even the most anonymous split, where there was no divvying up of superyachts, harbour-houses and LA-pads, will tell you that the first relationship post marital implosion is fraught. Even if all you are quibbling over is the meagre pickings of a couple of superannuation funds, a cream-brick house with an outdated kitchen and 1997 Holden Astra, the first relationship you dabble in after signing the documents is as likely to be successful as Lindsay Lohan’s next rehab stint.

Here’s how the difficulties of model- billionaire rebound relationship differ from your own.

My first recollection of this was Bennifer – the ill-fated pairing of Jennifer Lopez and Ben Affleck, who in my opinion deserved to go down in flames after the production of the execrable Gigli which took 121 minutes out of my life that I will never get back.

The Oscar-winners of the super-couple nickname stakes undoubtedly go to Brangelina who after similarly dubious relationship timing vis-à-vis Brad’s marriage to Jennifer Aniston (#teamJen) managed a nicely multi-syllabic melodic combo that has precisely the number of consonants as the number of children they have.

Miranda and James? I’ve got nothing.

Packerr – entirely lacking in imagination and, depending on which way you look at it, reduces a Victoria’s Secret Angel to a single letter.

Miracker – which is their best hope but means they will go down in history as a misspelt Spanish percussion instrument.

In your average suburban relationship, you can keep knowledge of your new relationship to only your besties and those who happened to be on FB in the 3 minutes where you drunkenly posted a premature couple pic (before the grown-up in you kicked that #nofilter pic to the kerb given the sense you had that it might not last until the next change of season)

If you are a model/billionaire coupling, you have less than a single heartbeat before your digitally welded picture is splashed on a mag cover, especially if its in an off-week for the Kardashians.

Three – everything that’s gone before is public

With your average suburban soccer dad, even your best online-stalking efforts will likely turn up nothing worse than some ill-advised lycra in a cycling/triathlon phase, or a litany of boring-sounding administrative jobs on Linked-in.

Google James Packer and you have everything from a period of overindulgence in pretty much everything that is high-calorific in life before he went through his recent body transformation,

a lifetime where he has not nailed a decent hairstyle,

and a hint of what might be instore in the unlikely event you grow old together – in the form of his father Kerry Packer.

Four – you become part of a cliché.

James is now known as serial modeliser, having dated

Not on the same scale as Leonardio De Caprio, but unless Miranda is about to become a honey-blonde, there’s no danger of being enticed into his world. 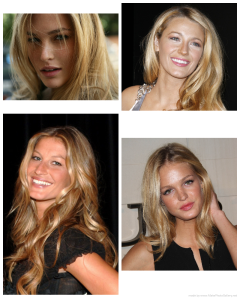 So listeners, much as you might be balancing the edgy thrill of a rebound relationship with the ennui of kindy-drop-off, the weekly grocery run and the unenviable challenge of just trying to keep up a summer-sandal-worthy pedicure, bear in mind it could be worse.

You could be reading about your new relationship in media more permanent than an ill-advised instagram pic viewed through a suburban cut-price-vodka-hangover.